API 5L Sour Service Pipes​ is manufactured in compliance with the International Organization for Standardization (ISO) 3183 standards. This standardizes the standards for the petrochemical, refining and natural gas sectors for products, facilities, and offshore structures.

We are Manufacturer & Supplier or Exporter OF API 5L Sour Service Pipes​ in Worldwide.

Looking for an order and get in touch with us. Click here.

Sour services steel pipe is applied for pipelines in the corrosive environment.

As we know, line pipe corrosion is an important factor affecting its safety service and service life. It will cause the leakage of oil and gas pipeline, some cases even explosion.
Pipe corrosion has a big threaten to personal safety and environment pollution, so the production of sour service pipe is important. At present, the manufacture inspection standard for acid pipe mainly according to API Spec 5L.

Sour service pipe mainly used in H2S environment. While H2S is a harmful chemicals that mostly easy to generate the corrosion.

2. How Sour Service Pipe Made

It shall be noted that, the high purity of steel can guarantee low S, P and other impurities.

In addition, the standard for the control and inspection of the inclusion shape of pipeline steel for sour service pipe is required. Because the hydrogen induced cracking caused by the inclusion is first determined in its form.

Moreover, As the pipeline steel production generally adopts controlled rolling process. Inclusion occur deformation during the rolling process. It is called linear or long strips in the rolling direction, leading to anisotropy of line pipe steel. Consequently, In order to improve the corrosion resistance of steel line pipe, the slag form should be controlled.

The content of C, P, S and carbon equivalent in the chemical composition of sour service pipe is relatively low than the normal line pipes, with a strictly control requirements. Especially for the content S, it is extremely harmful element in the corrosion environments, so for sour service pipe should control S maximum 0.002.
API 5L Sour Service pipe Chemical Composition 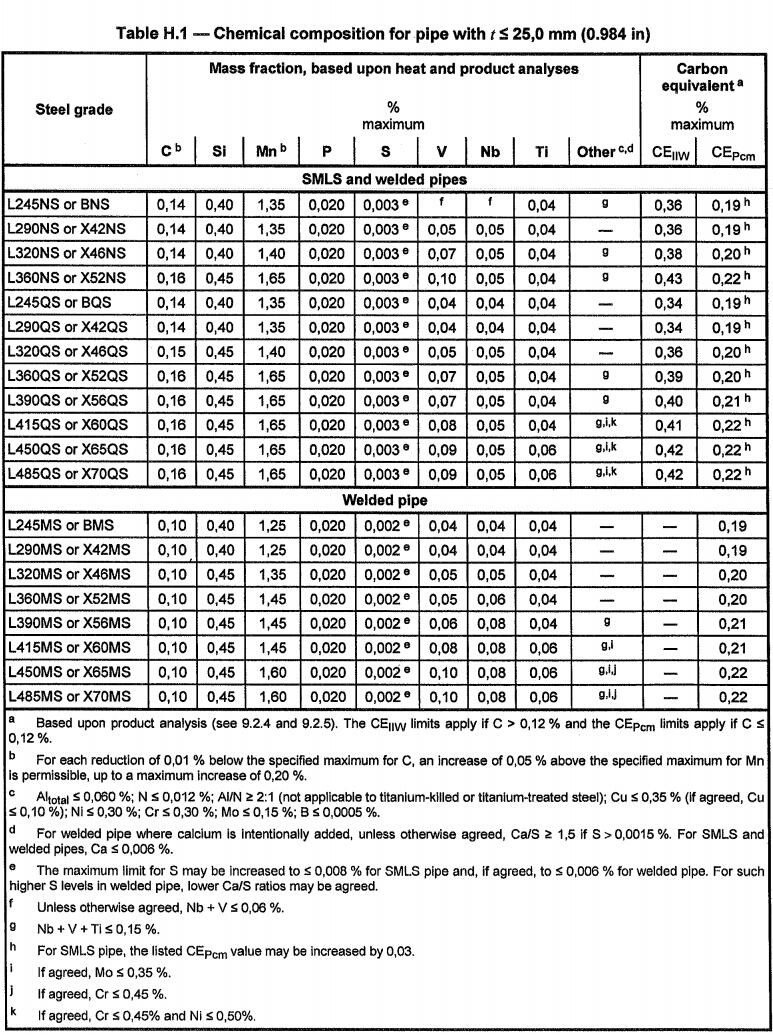 The P element is an easy to segregation element, so the increase of phosphorus mass fraction will lead to the increase of banded structure, thus increasing the sensitivity of the steel HIC.

S element can promote the occurrence of HIC, the higher the sulfur content of the pipe body material, the easier to produce HIC. In addition, the anti – SSC performance of the pipes with high sulfur content is poor.

In order to ensure the carbon content in high grade pipeline steel, manganese is usually used to improve its strength.  The influence of manganese on HIC resistance of pipeline steel is mainly divided into three kinds:

When the manganese content is 1. 0 %, the HIC sensitivity will increase abruptly:

b. For the quenched and tempered line pipe steel

When the manganese content reaches 1.6 %, the hic resistance of the steel is not significantly affected by the manganese.

If carbon less 0.02%, even if the manganese content exceeds 2.0%, the pipe still has good HIC resistance.

The hardness of the sour service pipe is strict, because the hardness value has a great influence on HIC. The results show that in low and medium strength steels, the higher the material strength, the greater the hardness, the stronger the HIC sensitivity. 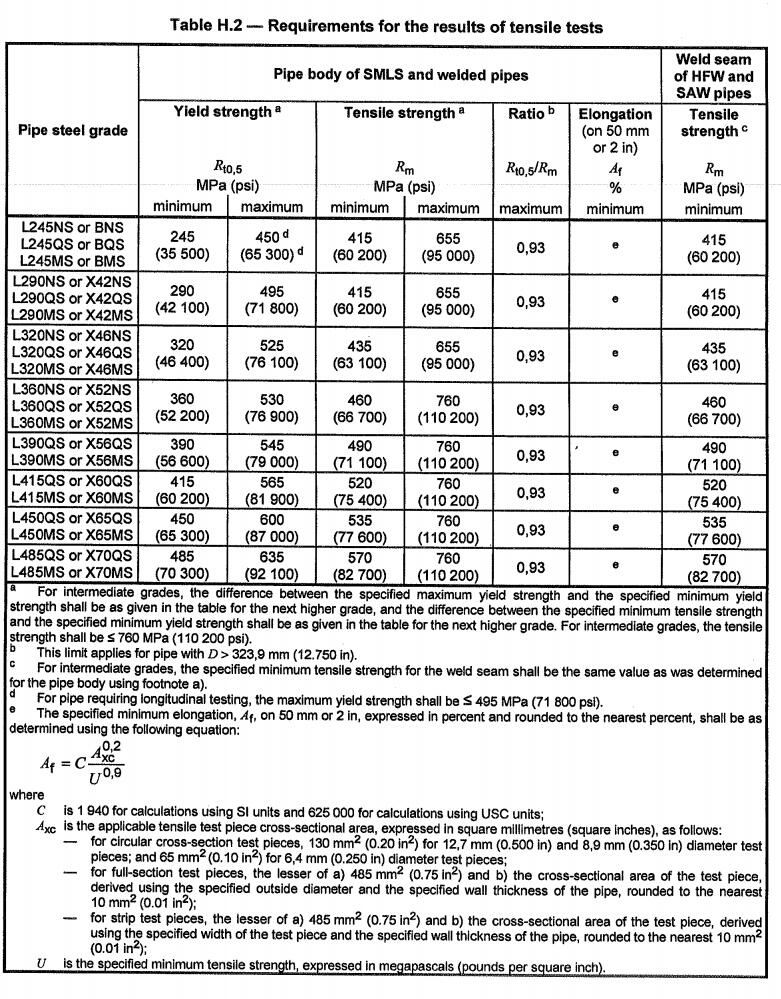 We have the complete range of pipes in both PSL1 and PSL2 in seamless and welded to meet your needs. Plus, we can ship globally with a fast turn-around time at the best price.

PSL1 and PSL2 are the two product specification levels which the Technical Committee accepted.

As a manufacturer and supplier it gives us greater control over delivery schedules and custom orders for our client’s.